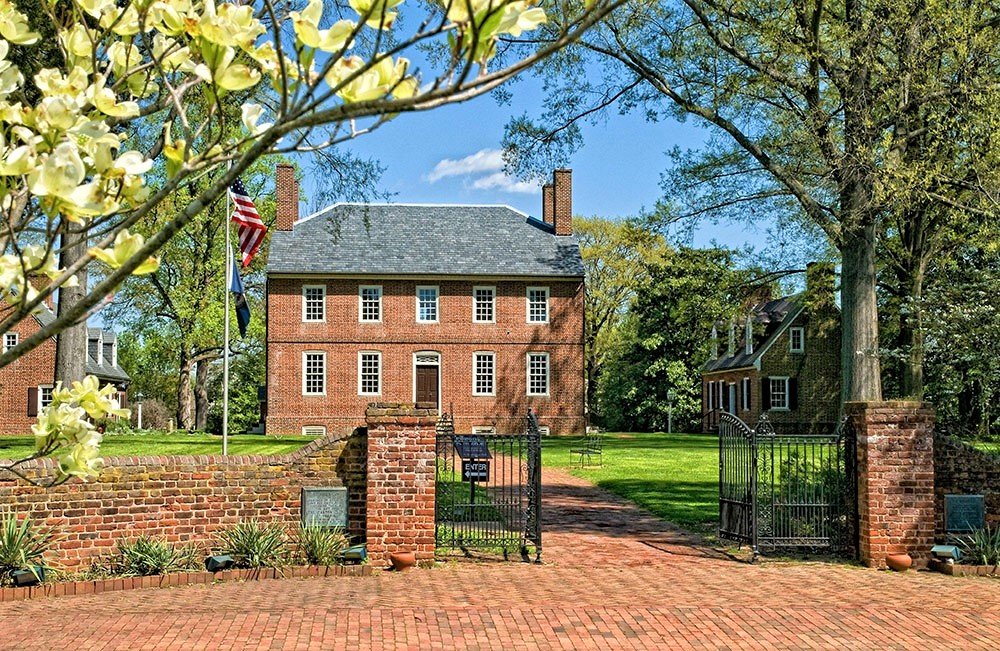 Kenmore was built by Fielding Lewis and Betty Washington, George Washington's sister, in the 1770s in Fredericksburg, Virginia.  The brick mansion is a fine example of Georgian style architecture.  Its interior is decorated with neo-classical ornamentations and elaborate plasterwork that anticipate design features of the Federal Era.  Like Chatham Manor, the house was used as a hospital during the Battle of Fredericksburg in the Civil War. 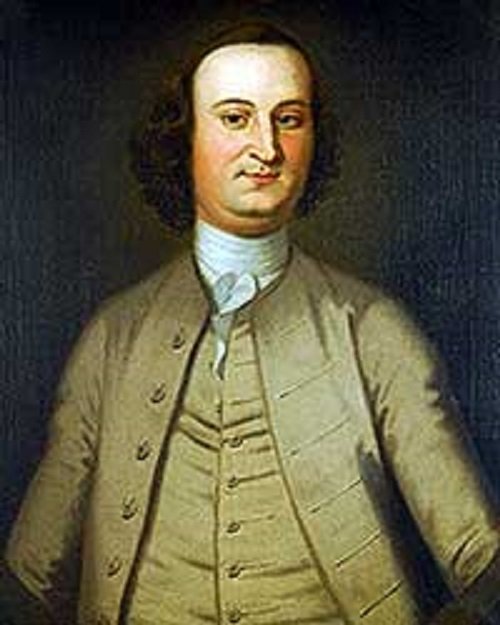 Fielding Lewis (1725-1781) was a wealthy merchant in Fredericksburg, Virginia.  Born at Warner Hall in Gloucester County, he was the son of a prominent Virginia planter, John Lewis.  He married George Washington's sister, Betty, after his first wife, Catherine Washington, who was George's first cousin, had died.  He had a successful store in Fredericksburg and loaned the government money to build a gun factory during the Revolutionary War. 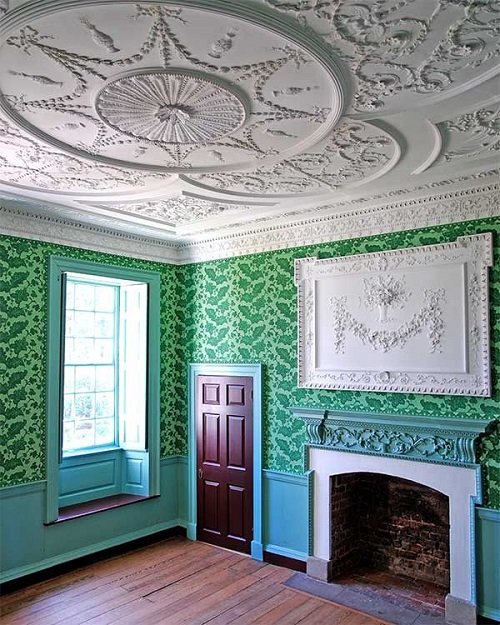 The bright green drawing room, which was recently restored, is the most formal and elegantly decorated space in the mansion.  The plasterwork on the ceiling and over the fireplace is meant to convey status and wealth. The ceiling displays elements of the four seasions of the year, such as palm fronds for spring and acorns for winter.