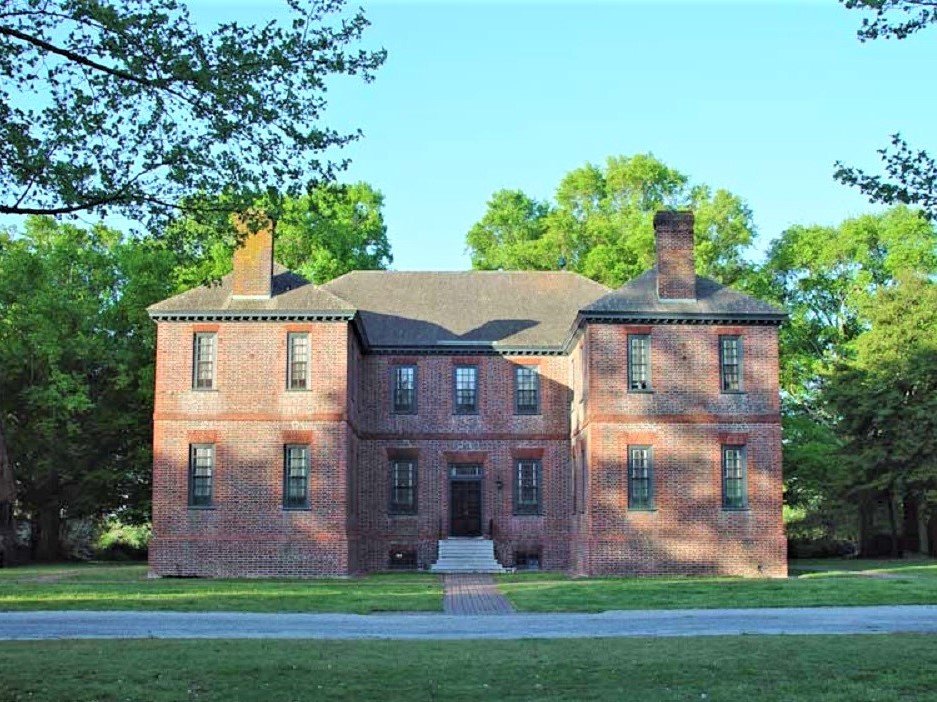 Elsing Green is named after a small manor house in Norfolk, England.  The Queen Anne house made of flemish-bond brick was built between 1715 and 1720 by William Dandridge in King William County, Virginia, on the banks of the Pamunkey River.  Colonel John West, of the same family as Lord Delware, had settled the property sometime before 1690.  West built a small lodge before 1690 that stands to this day. West's grandaughter, Unity West, married British Captain William Dandridge, who was of the same family as George Washington's wife, Martha.  Unity West had received Elsing Green as a dower upon her marriage to Dandridge.  The mansion was sold to Carter Braxton in 1753.  Braxton attended the Continental Congress and was a signer of the Declaration of Independence. The mansion's flemish bond brickwork is among the finest in colonial Virginia.

The main builder of Elsing Green, William Dandridge (1689-1744), was a British naval officer, a member of the Governor's Council, and a surveyor on the expedition to define the boundary (Dividing Line) between Virginia and North Carolina.  He was likely born in Great Malvern, Worcestershire, England, and immigrated to Virginia sometime before 1715. Dandridge may have accompanied Alexander Spotswood in his exploration of the Shenandoah Valley.   Over the span of his long life he was married three times, including to Unity Susannah West.  Martha Washington was the daughter of William's half brother, John Dandridge. 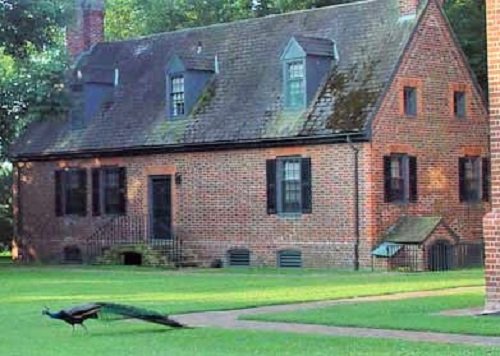 Built before 1690, the small lodge is one of only a few examples of brick dwellings in Virginia built in a Jacobean style of architecture.  It is one and half stories with an English basement and is laid with English bond brick above the water table.